6 Worst Insects in Ontario that Can Damage Your Trees 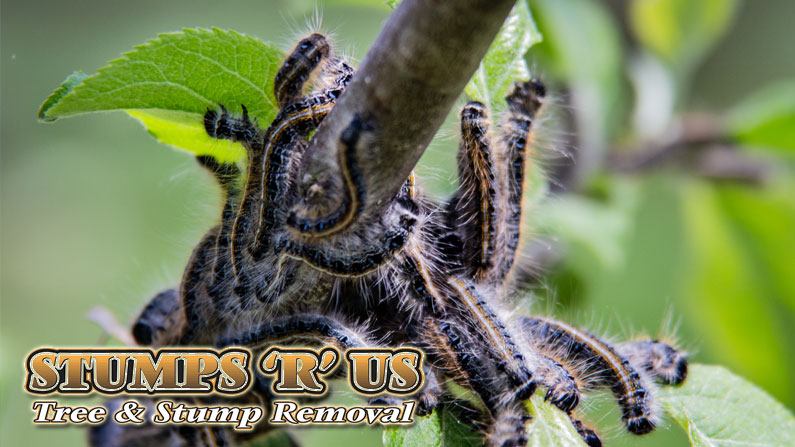 Worst Insects in Ontario that can damage your trees

The greenery of Ontario is under the threat of harmful natural predators. They attack and destroy perfectly healthy trees in wooded areas and forests. Factors that cause damage to trees include the worst insects in Ontario that can damage your trees in the yard. natural vegetation primarily covers boreal trees in Northern Ontario, while the southern region of Ontario has hardwood trees with some white and red pines.

Of course, you can see other types of trees like ash trees or elm trees, especially in local locations like London, Ontario. All the trees in all regions share one thing in common. They are attacked by different insect species that are native to the area.

Thankfully, exterminators can remove these pests and tackle severe infestations. Let’s take a look at the six worst insects in Ontario and find out a little more about the threats to trees and how to contain them.

How do I know if I have a problem?

Although you may not be aware, trees and shrubs on your property may be suffering from damage caused by common culprits like insects and mites. Often, these problems can become widespread before you even notice them, due to the vast number of tree insects that can cause these types of problems.In many cases, the damage has been occurring for years before it becomes so severe that it is noticeable.

Here is a list of common infestation problems that you can spot on your trees:

6 Worst Insects in Ontario that Damage Your Trees

There are pests such as the Asian Longhorn Beetle, Brown Spruce Longhorn Beetle, Emerald Ash Borer, Spongy Moth, Mountain Pine Beetle and the Sirex Wasp. These particular pests are extremely dangerous to tree longevity. They can harm native forests in Canada, as well as trees and plants in local township locations.

This pest is a very recent arrival to North America. The Asian Longhorn Beetle probably hitched a ride to North America from Asia in wooden cargo crating. In 2003, the beetle was found attacking trees in the Toronto area.

Adults generally emerge in the summer and feed on twigs and leaves. Eggs are laid on twigs, trunk, or roots and the larva hatch in one to two weeks. They are able to attack and kill healthy trees. Damage to trunk tissue usually kills the tree within one or two years.

The Asian Longhorn Beetle has quite the appetite and enjoys attacking the bark of these common Ontario trees:

In 1998, a new type of insect was found in the Halifax area of Nova Scotia.The Brown Spruce Longhorn Beetle has since spread slowly to the surrounding area, but is not yet known elsewhere in North America.

The larvae of the beetle feed on the inner bark of the tree, especially in the lower part of the trunk. The infected trees show excessive resin running down the trunk from many wounds. The leaves (needles) of the tree turn yellow then brown.  Large or mature spruce trees are the ideal choice for this beetle as compared to younger trees. If a large population gets into a forest area, any trees that are heavily infested will die over several years or sooner.

The beetle was introduced to North America from China probably in the 1990’s, but was not discovered until 2002 when it was found in Michigan and southwest Ontario in Essex County. The larvae of the insect tunnel under the outer bark and create serpentine galleries in which to feed. The infected trees show yellowing and loss of leaves in the canopy, and suckers growing from the base of the trunk. Gradually, the damage spreads to the rest of the tree which eventually dies.

The ash borer beetle requires one or two years to develop from egg to full adult. As ash trees are very widely planted, these insects can spread very quickly. In Southwestern Ontario they are found from Windsor to London and this area has been severely affected by the Emerald Ash Borer where hundreds of thousands of ash trees have been killed.

The Spongy Moth is most abundant in Ontario and Quebec, Canada. It also occurs in small numbers in New Brunswick, Nova Scotia, and British Columbia. Although, in BC, aggressive monitoring and control measures have prevented the moth from becoming established, as introductions of egg masses from the east occur regularly.

Larvae are known to eat the leaves of over 500 species of trees and shrubs, but they typically prefer oak and poplar trees.Even though there are several parasites and birds that attack the larvae, These trees can be killed by high populations of larvae, which can destroy a healthy tree in seven years or less.

The current outbreak of mountain pine beetle began in 1996. This beetle is a native insect found in western North America. Under normal population levels, mountain pine beetle does play an important role in a forest’s ecosystem. By attacking weakened and old trees, they speed up the regeneration of a younger Forest. In the past, cold winters have kept their numbers in check.

The Mountain Pine Beetle is a small, dark-colored beetle that typically lives in pine trees. The beetle’s larvae feed on the living tissue of the tree by tunneling below the bark of the tree’s limbs and trunk. Since 1996, the mountain pine beetle has caused the destruction of millions of acres of pine trees in North America.

The Sirex Wasp made its way from Eurasia in wood packing material. It was first detected in New York State in 2004 and found in southern Ontario in 2005. The adult wasp has a dark body and wings, and orange-brown legs. The entire wasp life cycle takes one to two years to fully mature then die.

In the Southern Hemisphere, the wasp has caused 80% mortality of pines where it originates from. It attacks most living Evergreen trees, but prefers Pine, Spruce, Fir, and is known to attack Douglas Fir as well.

Our trees are an important part of our outdoor landscapes. Using the right tree professional to evaluate insects that can cause real damage to Ontario Trees is paramount. In order to maintain their health, and even remove them when needed, is key to keeping trees across Ontario alive and well. Please reach out to give us a call for a tree health inspection.